← more from
Celebration Records
Get fresh music recommendations delivered to your inbox every Friday.
We've updated our Terms of Use. You can review the changes here. 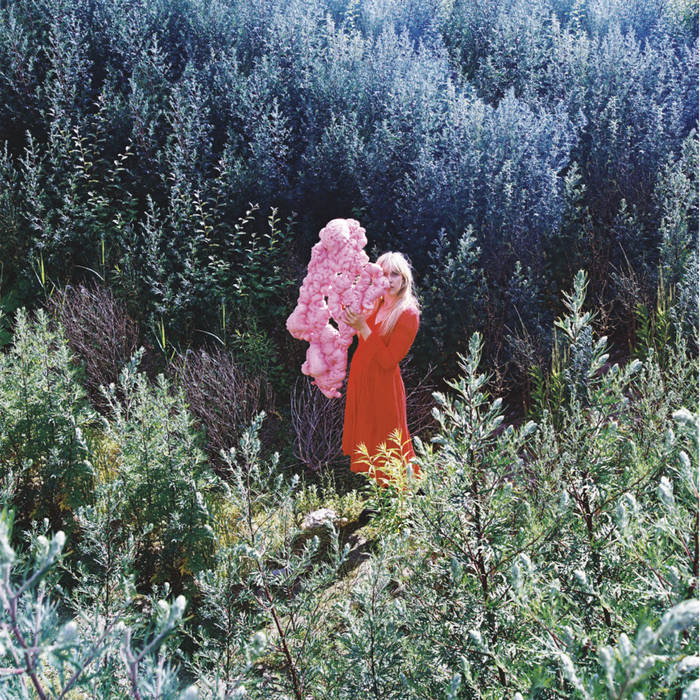 Lasse Hoile I was starting to loose hope of anything good coming out of tiny DK until I accidentally fell over this spectacular artist and astonishing album! Simply album of the years 2020&2021! Lushly produced album with incredible catchy synth landscapes with 80’s (ish) influences to make even the most cranky of people upbeat! Incredible voice transporting you away to that happy place that has been much needed! If you don’t buy this album something is wrong with you (certified) GRETA is going places!

Copenhagen-based German musician Greta Louise Schenk - aka the brilliant GRETA - will release her debut album Ardent Spring Part on 4 September 2020. Produced by Norwegian musician Farao, it's a terrific, hazy, psychedelic pop record capturing the bloom and re-colouring of the world as it transitions from winter to spring.

Raised in Germany on a diet of classical music like Grieg's Per Gynt, her father's eclectic tastes of Mike Oldfield, ABBA and Eurythmics and the rock tendencies of her mother which introduced her to The Doors, Led Zeppelin and Neil Young, GRETA takes all these influences and crafts music which holds the spirit and style of the 60s and 70s close while re-purposing the synths sounds of the 80s for a 21st century audience.
A move from Berlin to Copenhagen resulted in Ardent Spring, the debut album (in two parts, actually) as GRETA. All of the songs were recorded in the season named in the title and was "a strong inspiration for both lyrics and sound."

"I initially wrote just Part I and after we recorded it I got so inspired that I wrote Part II," says GRETA. "They both revolve around the same themes but with a different view. It shows my journey and development as a solo artist and my growing into that role and that’s why I wanted to combine them into one album."

Ardent Spring is an album of contrasts; between concrete and nature, between Berlin and Copenhagen, and the transition from Winter to Spring. "It's the circle of life, everything coming alive and starting anew again," says GRETA, "finding and redefining yourself and who you want to be.”

Ardent Spring was produced in sparkling fashion by Kari Jahnsen, better known as Norwegian musician Farao whose most recent album Pure-O was a wonder in itself. "We recorded everything in her studio in Berlin which is filled with vintage synthesizers and harps," reveals GRETA. "It was a fantastic and super inspiring process which taught me a lot and shaped me as well."

The debut album from GRETA contains numerous fantastic dream-pop tracks. In speaking about the previous single "Hydrogen", GRETA hit on the overall theme of Ardent Spring:
"I started thinking about why stars shine. And how we as people receive and transmit light. How can the light reach my innermost core, when it feels like the darkness is sitting right there, where my chest seals itself off and is at its hardest and most impenetrable? The stars in the sky turn hydrogen into helium. This releases such immense power that they create the light we see. So in a way, hydrogen is an explosive catalyst for light – and in the song, this becomes a synonym for conquering the darkness within."

This is a song writer getting towards the apex of abilities, developing at an incredible pace right in front of us. Ardent Spring is only just the start of a career for GRETA - but what a start.

Greta is a songwriter and composer who also produces her own music. She was born in a little seaside town in nothern Germany and grew up playing classical music and listening to her parents’ Abba and Kate Bush records.

She moved to Denmark in 2011 and has since been very active on the Danish music scene. First with her band Who is Louis who disbanded in 2016. Now she is part of Ida Red and solo ... more

Bandcamp Daily  your guide to the world of Bandcamp